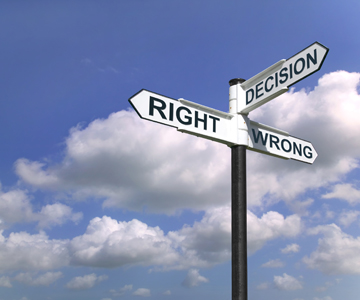 “…The most important topic on earth: world peace (…) I am talking about genuine peace, the kind of peace that makes life on earth worth living, the kind that enables men and nations to grow and to hope and to build a better life for their children – not merely peace for Americans but peace for all men and women – not merely peace in our time but peace for all time (…) Let us focus instead on a more practical, more attainable peace– based not on a sudden revolution in human nature but on a gradual evolution in human institutions–on a series of concrete actions and effective agreements, which  are in the interest of all concerned. There is no single, simple key to this peace, no grand or magic formula to be adopted by one or two powers. Genuine peace must be the product of many nations, the sum of many acts. It must be dynamic, not static, changing to meet the challenge of each new generation (…) For peace is a process – a way of solving problems.”

As President Kennedy stated in his famous speech cited above, no nation is able to impose peace, no matter how strong it is. Peace must instead be the product of many nations (without, however, sidelining direct concerned actors). Could we enter a new era of conscious compassionate multilateralism? Maybe it is too early to speak of sustainable multilateralism until the main international actors reach a cognitive and political awareness, and can “digest” this multipolar world in which we all live. A world as it is now, and not as it should be, or could have been.

An important metacognitive function humans have is that of decentring. This is the ability of human beings to assess interactive sequences and to assume (and remember) someone else’s point of view in the relational context (Aquilar & Galluccio, 2008, 2009; Falcone, Marraffa, Carcione, 2003; Di Maggio, Semerari, Carcione, Nicolo’, Procacci, 2007). Understanding others’ values and opinions and mental states as a whole, gives leaders a strategic advantage. Everybody from the bottom to the top of the pyramid of power should be engaged in interpersonal negotiations to achieve a common ground from where to negotiate and mediate, with respect, mutual interests. No more one-way negotiation but a mix of intrapersonal and interpersonal negotiations. The world is interdependent and we need to be able to manage the interdependence through peace negotiations, with political and psychological strategies, in strengthening international cooperation to solve common problems. Alliances’ capacity building is more important in this historical period than ever before and we think that international negotiations should also help to build up sustainable working relationships. The way political leaders, negotiators, and mediators will manage these relationships is of great importance in order to foster international comprehensive cooperation and common problem-solving attitudes and behaviors. Otherwise, peace will continue to lose precisely its most important operational modality: that of solving problems. In the world there are still too many people suffering or dying for causes that are easily treatable or through violent conflicts. In time of crisis procedures are important and useful but not enough to handle complex situations. Procedural thinking style is good for a well ordered world. In time of crisis complexity is increased and we need complex mental tools to adapt our decision-making processes to the real world. We need to relate on our tacit knowledge and experience. We need leaders with a comprehensive vision of the future. Ending conflicts is just one of the moral imperatives to be achieved through international global negotiations. But, until we help to resolve problems around the globe, we will continue to be selectively and morally disengaged from the real world in which we all live.