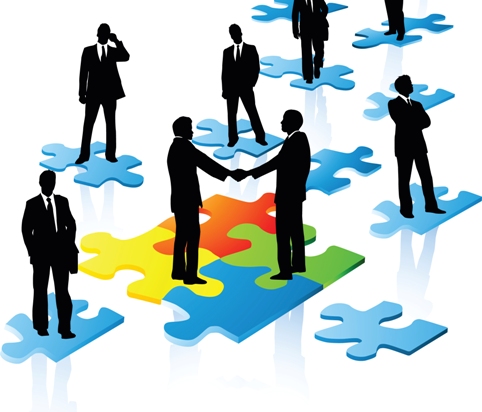 The subject of international negotiations, and especially peace negotiations, is considered particularly relevant for the entire planet. The rapid changes that occurred after the fall of the Berlin Wall have proved not only to be heralds of a new and more democratic global balance, but also capable of provoking further outbreaks of war. Today wars are different from those of the last century, but not less painful for people and nations who are affected by them. Politics, using and taking internal advantage of diplomacy, negotiation, and mediation modalities has so far been “busy” managing the difficult relationship between governments and people of different cultural anthropology and different geographical, economic, religious and social conditions, with results that in good and bad times are there for all to see.

Our strategy concerns the possibility of a concrete and operational integration of the acquisitions of the psychology and psychotherapy of cognitive orientation, into the international political and negotiating process, aiming to provide a set of additional tools for the construction of peace processes that may be useful not only for individual human beings sensitive to these topics, but also for public opinion, citizens, negotiators, and governors/rulers (Aquilar, Galluccio (2011), Psychological and Political Strategies for Peace Negotiations: A Cognitive Approach. Springer: New York).

For as long as human beings have walked the earth, conflict has been a part of the landscape, whether over food, property, power, control, or relationships. As the number of interactions between parties increase, the opportunities for disagreements between them also increase because interaction can bring differences to the foreground (Dattilio, 2011). Conflict is inevitable between human beings because it is part of the human condition. Much of the reconciliation perspective should be predicated upon the removal of the emotional barriers between the warring parties. These include the emotions that are associated with perceptions of having been victimized by an adversary and feelings of distrust that have accumulated during the conflict period (Dattilio, 2011). By Conflict resolution is meant a range of formal or informal activities undertaken by parties to a conflict, or outsiders, conceived to limit, reduce, and transform the level of violence in conflict (Bercovitch & Jackson, 2009:1). Conflict resolution is not about suppressing, eliminating, or controlling conflicts. Through this process it is deemed important to achieve some understanding on the key issues in conflict (also psychological issues), to forge sustainable political agreements (not losing the sight of post-implementation processes), or jointly acceptable decisions on future interactions and distribution of resources. In the end, being concerned with conflicts increase the awareness of shared humanity among actors.

Not less demanding is the Conflict resolution action on the workplace be it in the private sector, Governments, or International organizations. According to a survey by the CBI (Confederation of British Industry), conflict in the work-place costs UK business £33 billion per year, taking up 20% of leadership time and potentially losing up to 370 million working days. Decreased delivering capacity to the citizens and credibility, increased stress among employees and absenteeism are other non-measurable, though burdensome, costs of conflict in workplace.
Too often, actions put in place by the management consist of strategies aiming at avoiding, or at postponing, the conflict.
Let’s face the reality: conflict in the workplace is unavoidable.  In our view, key strategies to prevent, manage, and solve the conflict and to avoid it becoming disruptive is deemed of main importance. Then, carrying out a needs analysis of the organization/institution/enterprise and addressing the root causes of the issues at the stake (performance discrepancies, compensation issues, power struggle) and their apparent manifestations (e.g. ‘inflammatory language’) is  a huge work to gain deep information and cognition in building up efficient need-based and tailored training processes and coaching activities.

Global challenges of the next decades center on inducing countries and nations to work co-operatively for the common benefit of all. This is not currently the case. Be it in terms of trade, addressing climate change or resolving aggressive disputes between nations, most countries openly acknowledge they negotiate from positions of competitive self (groups) interest – getting the best deal for the home team, group, country, and nation. The most common approach to addressing international conflict within the domain of diplomacy is that of negotiation, an interactive process that appears to have a semblance of universality at a generic level. Negotiation is typically defined as a discussion among parties aimed at resolving incompatible goals (Kelman & Fisher, 2003). It is employed more frequently than all other methods of conflict management put together (Bercovitch, 2002). According to Raiffa (2002), the balance between war and peace may be a matter not of the nature of the differences that divide us but of the process we use to resolve these differences. In our framework the negotiation process, how we get to an agreement, is a matter of high interest.

Mediation can arise when a third-party acts as a broker between two conflicting groups as the Americans have been trying to do in the Palestinian-Israeli conflict. In the case of arbitration, independent bodies make judgments about the conflict and prescribe solutions to which parties agreed to adhere.

Negotiations and mediations however occur in social and cultural contexts. For example in the case of democracies’, governments and their negotiation representatives need to claim they are seeking the best deals for the home group to avoid electoral disadvantage. In some cases it can be specific sections of the population they need to be appeased, especially when political funds can be dependent on those sections. Internationally mediators are often not neutral but will be putting pressure on one side or the other. That pressure usually reflects home country, domestic preferences were votes may be gained or lost. Hence international negotiations tend to be conducted in the context of competition and conflict. Here inequalities of power can lead to unjust agreements or individuals breaking agreements or even failing to engage in the process of negotiation itself such as we see in the climate change negotiations.

Given this background more research and studies are required on the dynamics of international negotiations and negotiators.

Nations and International organizations as the United Nations (UN) and the European Union (EU) are placing greater emphasis on preventive diplomacy to promote peace around the world (Report of the Secretary General of the UN S/2011/552). The UN and the EU are forerunners for conflict prevention and peace negotiations, but their decision-making process and interventions are shaped by their multi-level system of governance. Hence, Member States (MSs) and Institutions may have different aims and approaches to conflict prevention, management and resolution. Consequentially, it looks necessary to give more coordination, coherence, and effectiveness to mechanisms of conflict prevention (negotiation and mediation above all) through a better enhanced cooperation among MSs and the institutions, strengthening the expertise and the huge potential of human resources into the field. Preventive Diplomacy is defined by the UN Agenda for Peace (1992) as “action to prevent disputes from arising between parties or preventing existing disputes from escalating into violent conflict.” Negotiation lies at the core of Preventive Diplomacy, and to the extent that it moves the conflict toward resolution, Preventive Diplomacy almost always operates through negotiation (Zartman, 2001). Key elements as early warning mechanisms or flexibility tools for Preventive Diplomacy are available, but often they are uncoordinated. Early awareness for problem-solving possibilities therefore means a willingness to look ahead for distant problems and an ability to identify the warning signals and push forward to keep hope alive among parties for a peaceful and beneficial solution. A combination of key elements as political analysis, early warning, and partnerships, help to defuse tensions in escalating crisis and are deemed essential to conduct peace negotiations.

Cognitive psychologists and psychotherapists emphasize examination of the thoughts and beliefs connected to our emotions, moods, physical experiences, behaviors, and to the events in our lives. A central idea in cognitive psychotherapy is that our perception of an event or experience powerfully affects our physiological, emotional, and behavioral, responses to it (Beck, 1988; Ellis, 1994). For how people think, feel and behave toward other individuals and groups is one essence of their warring with each other (Beck, 1999; Ellis, 1992). International negotiation, mediation and the ability to feel potential disputes even before they show up in order to prevent them are essential skills in this rapidly changing and complex global environment. Our approach explores the interaction between cognition and emotion, and negotiation and mediation practice which in a certain way and with different modalities and degree, is always impacted by cognition and emotion. The integrated social cognitive political model we use takes into account the importance of cognition, emotion, communication, and behavior analysis for a better understanding of negotiation and mediation processes.

One cannot concentrate on an objective and on oneself at the same time. For me, that objective has always been the same; to persuade men to work together; to show them that beyond their differences of opinion, and despite whatever frontiers divide them, they have a common interest.