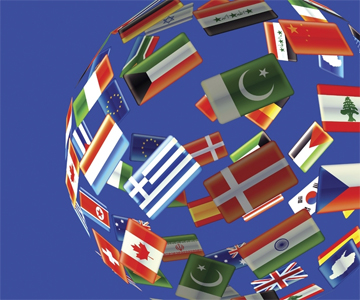 Our mission and current researches and studies foresee the development of an interdisciplinary approach to the study of political and diplomatic sciences and International Relations, and specifically to the study of interpersonal negotiations, as the main mechanism for preventing, managing, solving, and transforming conflicts. We are concentrated on knowing more about how to really master interacting cognitive and emotional processes to shape judgments and adaptive decisions in providing “operational connections” between different disciplines.

Everybody agrees that peace processes cannot be nurtured by force. They can be better achieved by a process of mutual understanding. It was Gian Battista Vico who said: “For when man understands, he extends his mind to comprehend things; but when he does not understand, he makes them out of himself, and by transforming himself, becomes them”  (Vico, 1744; 2000:160). Unfortunately, the world today is more complex and difficult to understand.  We, therefore, need complex mental tools to face these realities. The challenges to peace that lie ahead of us have been, in some cases, unresolved from many decades. The world is geopolitically fragmented and the “division” of the great powers’ areas of influence is an “ordered memory” of the past. It is difficult to think globally while facing challenges at a micro level capable of influencing the macro level, including regional disorders that do not display clear “situated” enemies and targets. This “confused” situation is reinforced by a modern paradox: an exponential and incontrollable growth of political technical communication tools that have been developing at the expense and detriment of a human communication and in general of a correct information flux around the world. As a result, we often seem to be caught by surprise by the way that events unfold, as well as their speed. Unfortunately, international actors seem to display a lack, or rigidity of leadership. We are witnessing difficulties to master and shape international events through this “mysterious” political construct called global governance, where main international actors seem to have worries on negotiating the “common translation and interpretation” of it (Eco, 2003). This brings discordant and asymmetric beliefs and behaviours on how to structure international Institutions, to set up mechanisms to handle the complexity of political relations, to give stability to working relationships, and to facilitate negotiating processes in order to “regulate” common international interests among states and other international actors.

The psychological social cognitive approach we use in our theoretical framework (Aquilar & Galluccio, 2008), in partnership with distinguished personalities from other disciplines, could help in widening, and improving, through specific validated training programs, the understanding of negotiating beliefs and relational abilities of negotiators. It is not easy to face conditions of uncertainty and ambiguity, and it could be a strategic advantage to helping to reduce the risks of negotiation failure due to psychological characteristics of actors that could thwart negotiators’ interactions in related contextual situations. Even most enduring alliances in the field of international relations are under strain because of events and policies (sometimes absence or lack of cooperation) and tools deployed to face them. Thinking is understood to be an embodied process: we know things not just through our heads, but also through our actions, and our bodily-felt experience. Thinking, feeling, and acting are embodied, and all essays to understand behaviours and decision-making processes without taking into account cognitive, metacognitive, emotional, motivational, and behavioural processes of actors could be deemed to fail in the international arena, as well in all other contexts. This should be considered as a main political priority to be pursued in this century in the field of international relations if we want to improve the well-being of populations around the globe adapting our decision making processes to contextual complex situations.