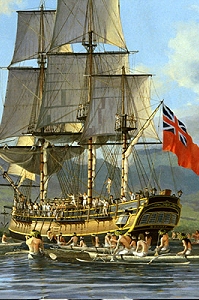 The mutiny on the bounty

The mutiny on the Bounty:
Please do not let the European Union fall apart

We know that policy-makers and negotiators do not function in a social vacuum. Most international security decisions may depend upon interrelated situational elements together with a “supreme” goal (on the behalf of leaders) to be confirmed in the office. Decision-making processes, especially during crises period, may be more driven by wishful thinking, selfjustification, selective moral disengagement mechanisms, and destructive human emotions than it is by rational calculations of power.

In this historical period, it seems that the European Union leadership is suffering a major sickness. Take the example of Germany who is so proud to punish the “bad guys” that is delaying any decision about the euro zone talking about structural reforms in the future losing the sight of the present as it was smooth and secure and like the EURO is not collapsing.

Here we see the difficulty in making decisions by the German leadership provoked by our primal emotion: fear. We live in a complex and interconnected world were the complexity should be managed with the awareness that when we are experiencing a crisis even apparently meaningless events may provoke unwanted positive or negative domino effects. But leaders are called upon to decide at the right time.

I think Mrs. Merkel has gathered enough information to make a decision overcoming her prejudices and maybe what she needs is a good internal communication strategy to explain to Germans why united we will probably rescue, but divided not only will we certainly fail but we will put the so called peripheral actors in a situation where the mutiny will be the only chance they have for surviving.

This is instead the time to start a political negotiation among actors of the European Union to give a financial support to Member States in danger of default, strictly linked to reforms and serious tailored financial plans (because Italy could not be compared to Greece). A compromise is possible but Mrs. Merkel should make a decision today otherwise it will be too late and politicians will be overwhelmed by events.

Just a final thought: Could we provide a supportive service to politicians who make critical decisions that have widespread impact on the nation’s economic well-being? I think a political leader should include a cognitive-behavior therapist properly trained, as an integral member of their closest advisory team in order to improve decision-making processes.